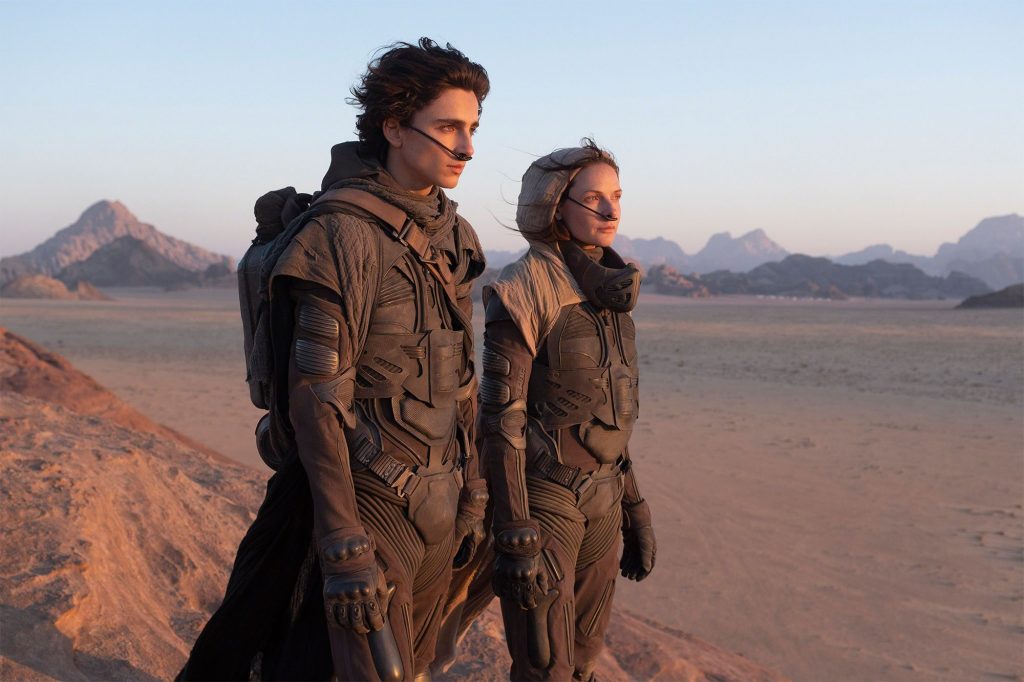 “I had to forget a lot of ‘Star Wars’ when I was making ‘Dune.’ It wasn’t hard, though. Denis and I spoke clearly about how the film should look and should feel, and the formats and this and that, so it was not hard to swerve and change lanes.”

Ci sono elementi comuni tra i due universi narrativi: “There were some similarities like the deserts. I mean listen, ultimately, I’m positive George Lucas was inspired by ‘Dune’ when he made ‘Star Wars.’ I don’t know if that’s sacrilegious to talk about, but there are a lot of similarities in some areas, so you could tell he was definitely influenced by that. So I had to be careful doing both [‘Dune’ and ‘The Mandalorian’] and not to repeat myself. Also not just for the sake of the movie, but for fun. I hate to do the same thing twice.”

Sul fatto che Villeneuve abbia diviso il primo dei romanzi di Herbert, immaginando un adattamento in due film separati, Fraser ha rassicurato i futuri spettatori: “It’s a fully formed story in itself with places to go. It’s a fully standalone epic film that people will get a lot out of when they see it… It was quite an adventure visually. It was a beautiful experience making it. The people involved with it, I was overwhelmed. Some of the actors, as well as being insanely talented actors, are just lovely, lovely people who I’ve become very close to since then.”