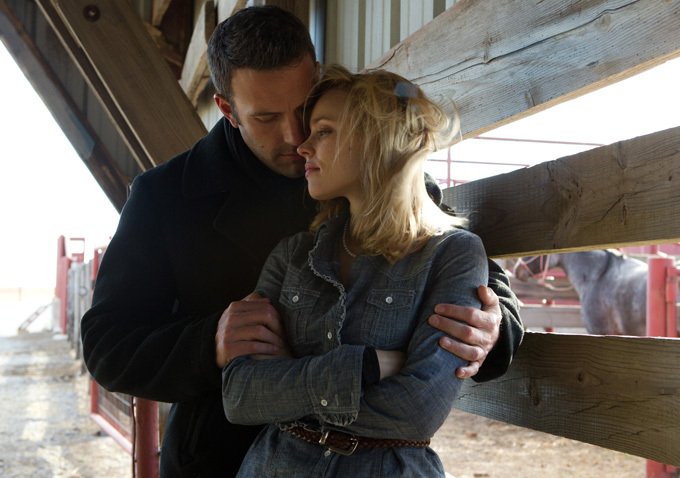 “To The Wonder’ is a meditation. I don’t think ‘Knight of Cups’ or the next one will be like that, but I’m not positive…I know what the story is. There will be more dialogue in it”.

“While we were working on ‘Badlands,’ we came to Grauman’s Chinese, to the theater we screened in today, to a midnight screening of FilmX, which was an early L.A. film festival, to see ‘Sisters’ which Ed Pressman (producer on ‘Badlands’) had produced, Brian de Palma had directed. The two of us came together to see it. To this day, neither of us have been as frightened as we were by that movie. It was so scary, so good… We talked about this a year ago, we’ve been friends ever since.”

To be perfectly clear about it, there wasn’t a lot of footage for the movie, especially compared to how much people shoot now. A movie today might shoot a million feet of film. On ‘Days of Heaven,’ we shot maybe 157,000 feet, so a huge difference compared to today, but the movie was written with a lot of dialogue that was all shot. We cut a tremendous amount of that dialogue out of the movie… Richard’s a fine actor and he was fine in the movie, but Terry wasn’t happy with some performances and also he wasn’t happy with some of the dialogue he had written in some scenes, so we spent a lot of time cutting it and over the course of time cutting it, we were constantly taking dialogue out until it ended up the way it is now