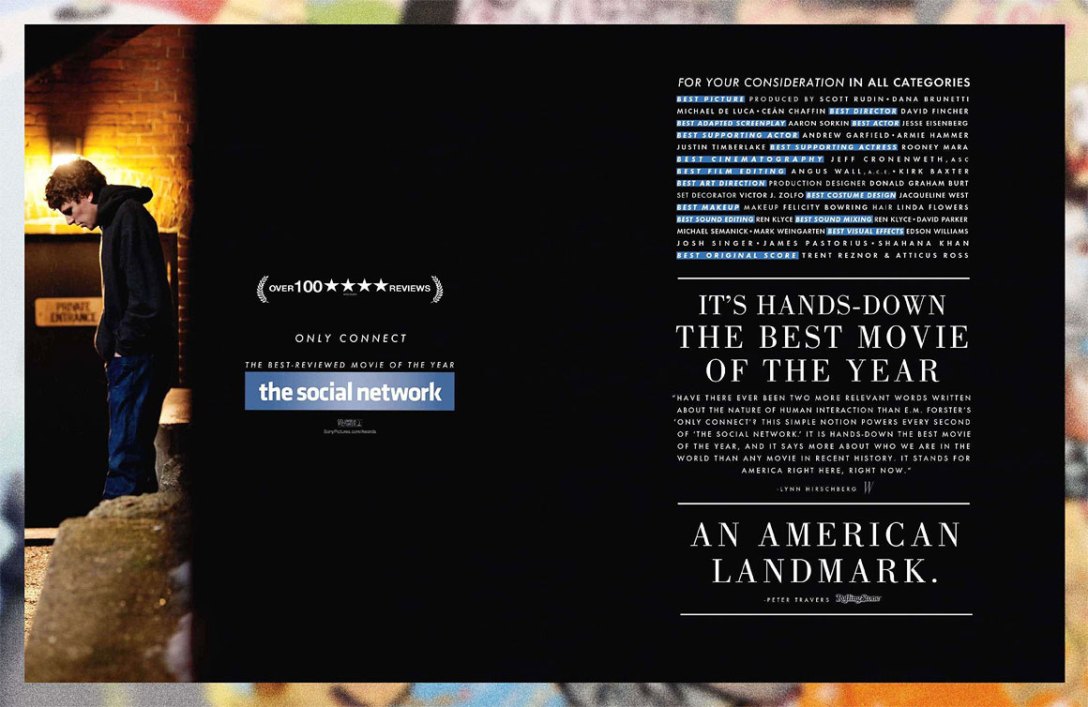 DEADLINE: This script about the behind-the-scenes of the founding of Facebook is technically an adaptation but not based on the actual book?
AARON SORKIN: Initially, I was given a 14-page book proposal that Ben Mezrich wrote for his publisher about these guys and the friction between them. The publisher wanted to get simultaneous film deals and took it to Hollywood and that’s how it ended up in my hands. And I said yes on page three. That’s the fastest I’ve ever said yes to anything.

DEADLINE: How did you write this without actually reading the book?
SORKIN: There was no book at the time, actually. There was just a book proposal, and I had assumed that the studio would actually want to wait until the book was finished. But they wanted me to start right away. So then I actually began, at the same time, but on separate tracks.

DEADLINE: And what was Zuckerberg’s reaction?
SORKIN: Mark also saw the movie on October 1st. He shut down the Facebook offices, bought out an entire movie theatre, took the entire Facebook staff to the movie, and then took them out for Appletinis which was declared to be the official drink of Facebook.