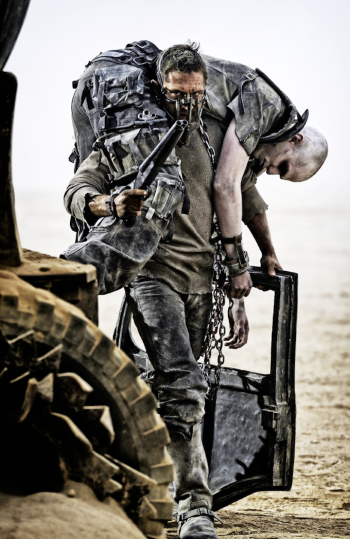 “The story popped into my head and just wouldn’t go away. Like an imaginary friend. I love chase movies, I think they’re the purest form of cinema. That’s where the film language started. I wanted to make one long extended chase and see what we can pick up from the characters and story along the way.”

“It’s closer to ‘Mad Max 2’. Simply because it happens over a short period of time, over a few days, and it’s an extended chase. And tonally that’s more what Mad Max 2 was.”

“What happens is, you really put your skills and wisdom into your work. And I hope I’ve matured. I am one of those people who is quite fascinated by how the world evolves – some of it is involving and some is quite scary. I look back at the old films and I can barely remember how I understood how to make them. When I got to this movie and you go out there for over 100 days crashing vehicles in the African desert and you kind of lose yourself and are working off instinct and gut.”