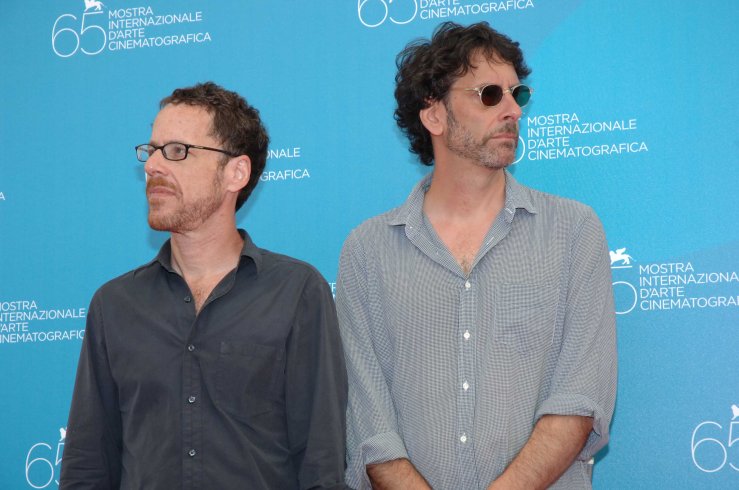 DEADLINE: When you took on this project, the Western genre couldn’t have been more cold. This is PG-13, aiming for a mainstream audience. Did you pull back showing the violence of the Old West to get that rating?

JOEL COEN: Not really because we followed the nature of a novel that was more of a Huckleberry Finn, teen-adventure story feel to it. As opposed to a hardcore, something very violent, or even something that is more classically Western like a Zane Grey story.

ETHAN COEN: Also, thinking about the violence. Comparing it to Cormac’s book, there is some violence in True Grit, but the context is so less bleak than in No Country For Old Men.  As Joel suggests, this was more young adult adventure violence as opposed to whatever you would call Cormac. She shoots a bad guy off a cliff, then she trips and falls into a pit where there are snakes. Everything follows willy nillly, it’s all a bit heightened in an old picture book way.

The two of you don’t seen outwardly affected by these awards season accolades. What did winning Best Picture and Best Director on No Country For Old Men mean to you?

JOEL COEN: We had made a deal for our next two movies before all that happened, so it didn’t have an effect in terms of going out into the marketplace.

ETHAN COEN: When we got the award for No Country For Old Men, and then we made A Serious Man, and there was a review in Variety that said, “This is the movie you make after you’ve won an Academy Award,” or something like that. But the fact is, that movie had been written and the deal to finance it had been put in place before we even made No Country For Old Men. The fact we didn’t make that first was an arbitrary thing that had to do with the schedule of actors and productions coming together. People assume a causation there that is really not correct, often. They see a pattern, a design or cause and effect that doesn’t really come into play.

JOEL COEN: All it really meant to us was a mad evening. That was worthwhile. It should happen to everyone, once.

ETHAN COEN: It’s nice to be invited to the party, you know?